Importance of United Action in the Labor-Union Movement 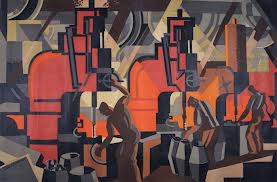 During the recent years, struggle of our country’s workers and toilers for their rights has experienced many ups and downs. This struggle which some of its demands include, the right for establishing a union and restoration of union rights; increases in wages based on the factual rate of inflation; signing of joint contracts; preventing privatization and workers’ dismissals; abandoning of temporary-contracts and release of detained workers and union activists; continues. An important point, which is a reflection of growth in workers’ class consciousness, is their emphasis on recognition of the workers’ union-rights and their right for restoration and establishment of independent syndicates. Theses days, with all their short-comings and difficulties, the independent unions and organizations continue their presence as an inseparable component; and in the entirety of the existing labor-union movement, their role and position is indisputable.

In the present conditions and with the start of Hassan Rouhani government’s activities and the government’s new Labor Minister, who speaks of “new plans”, while we must wait for application of particular policy concerning labor-union movement; more than ever, importance of strengthening the role of independent unions and the need for collaboration, cooperation, and united action within the workers’ existing labor-union movement is being felt. Within the existing and combatant labor unions’ structure, workers must engage in a united resistance and struggle with the policies dictated by the International Monetary Fund and the World Bank. With a careful look at the political changes and labor-related activities in the recent months, we will notice the urgency with which the demand for restoration of union rights and presence and involvement of the workers’ legitimate representatives in problems and activities relating to them is being presented and pursued. As an example, since the plans for “Reform of the Labor Law” and “Reform of the Social Security Law”, in the context of the economic deregulation plan based on the World Bank’s prescriptions, is in the government’s plan; and these reforms devastate and wipe out workers’ benefits and rights, the demand for participation of workers’ elected (not appointed) representatives in the administrative and executive boards of the Social Security Organization has turned into a collective workers’ demand. Therefore, in order for such legitimate demands, demands based on the International Charter for Trade Union Rights, which is ratified by the World Federation of Trade Unions, turn from demand to action, labor unions, the legitimate and independent labor organizations and general united action within the labor-union movement is urgently needed.

The Grand Labor Council’s recent enactment regarding the fringe benefit rights, such as housing, provisions, and house-hold rights, and denial of this act to the trades’ workers, once again show the importance of having independent unions, unions formed on appropriate class basis. Recent years’ experiences validate this reality as well. Labor-union movement is the most extensive and common segment of the workers’ movement; which generally includes economical, trade and welfare struggles of the workers. Of course, it by no means diminishes the need for political-class struggles and their class orientation. Concerning connection and contact with large masses of urban and rural workers, labor union movement is the most extensive organized association of the workers and toilers. This movement incorporates all workers, regardless of their ideological, religious and philosophical differences. All blue and white workers are organized in unions to defend their social, political and economical rights. The union movement relies on the largest masses of workers and defends the most general workers’ rights. It is exactly these particular factors that provide the unions the most extensive opportunities for organizing all workers. Therefore, contrary to the reactionaries’ and different Islamic Republic ruling circles’ policies for creating divisions on the basis of ideology, religion and philosophy, and creating Islamic associations, Islamic labor councils and alike, which in a most violent manner have, and will ravage workers’ union rights; the labor-union movement encompass’ all workers, and on the basis of their class and trade interests, they are in concert and united. Based on what was mentioned, and considering the significance and nature of the labor-union movement, at this critical juncture and point of time that our country is in, unity and joint action for defending the interests and rights of the workers and toilers is an indisputable necessity.

In forging united action within the existing labor-union movement, the differences among different worker groupings can never be an invincible obstacle. Struggle for joint objectives, requires joint action in the most extensive form. Establishing unity within the ranks of the labor-union movement requires a sustained effort, and an emphasis on class motives is of paramount importance. Experiences such as joint declarations and statements of the Metal and Mechanical Workers’ Syndicate, the Board for Reconstitution of the Tehran Painting and Decorating Syndicate and the Haft-Tapeh Sugarcane Workers’ Syndicate on the occasion of the May Day, and the correct presentation of the workers’ demands in these statements; and also, their joint letter to the International Labor Organization (ILO) and the Iranian delegation at this organization, are examples of the existing capabilities and opportunities for reliance in forging united action within the workers’ ranks. With patience and an organized effort for restoration of the union rights, we must persist on these successful experiences; and united, defend the workers’ interests.
at ۶/۰۱/۱۳۹۲