Violation of Union Rights, Torture and Detention of Labor Activists by Islamic Republic 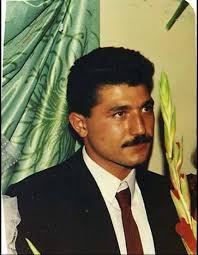 Without a doubt, news concerning the death of Afshin Osanlou, labor-union champion and activist, at the Gohar-Dasht (Rajaeih-Shar) Prison, is a considerable sore on our country’s labor-union movement; and there is no doubt in our people’s mind that the ruling regime in Iran, the theocratic regime, is responsible for Afshin Osanlou’s death.

With baseless charges in the Islamic , this labor-union activist was given a five-year prison sentence. In the prison, he received physical and mental torture, so that he would consent to the forged charges such as “Collusion against National Interest”.

At present, in very difficult and troublesome conditions, tens of labor-union activists along with thousands of other political prisoners are being kept at the theocratic regime’s dungeons.

At the current conditions, a united multilateral struggle against and exposure of the repression of independent union and labor-union activists policy, and also demand for freedom of all imprisoned workers is of primary importance.