Support Wellbeing and Future of Children-of-Work 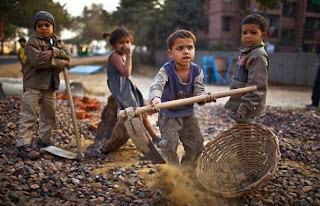 With ending of the summer holidays and start of the new academic year and ringing of the bells on first day of Mehreh, millions of male and female students, assets and future leaders of the country are expected to attend classes and learn today’s scientific knowledge and know-how.

For that reason, our children should attend classes with a peace of mind and social support; and free of any concerns regarding financial needs of their family and the cost of their own education and that of their siblings.

Considering official reports and statistics provided by Iranian newspapers on the condition of the children-of-work, we unfortunately find a very bleak and worrisome reality; where if urgent essential efforts are not made in this regard, in the future we will face more wide-spread and dreadful social crisis.

Even in the controlled and deficient reports of the Iranian official news agencies, the increasing number of the children-of-work, working in different sectors of the industry, agriculture, service industry, working as domestic laborers and also in far and hidden plants, working as venders in streets, parks and underground trains, are being reported.

With the World Day against Child Labor getting closer, the Defenders of the Children-of-Work and Street and a number of children’s rights activists rightfully asked the following question from the new Iranian President, Mr. Rouhani: “What is your program for bringing-back more than seven million school age children to the education system?”

In their letter, they have clearly described the children-of-work-and-street’s deprivation from the most basic rights and necessities as follows: “These children are not staying away from schools to play longer and extend their free time, the reason for their dropping-out from schools is poverty and their family’s low-income; and unfortunately, a large percentage of these children are being absorbed by the labor market.”

In this labor market, which without doubt is not hidden from the Islamic Republic authorities, children-of-work are exploited severely as cheep and unprotected commodity by some profiteers so that they can add to their wealth. To provide some financial assistance to their families, for the meager wages that they receive from managers, children take care of their job responsibilities in horrible environments and very inhumane conditions. Instead of acquiring knowledge and getting educated in the classrooms, or taking part in sports and being happy; in bad conditions and environments, they are compelled and obligated to be exposed to various mental and physical harms.

One must search for the root cause of all these problems and injustices, in enforcement of the government’s comprehensive political and economic policies. In economic policies, for some time the past governments and also Mr. Rouhani’s new government, are implementing policies dictated by the International Monetary Fund and the World Bank. Successive Islamic Republic governments, using the dictated prescription in deadly surgical forms in matters such as privatization of factories and government industries; and offering such industries with other opportunities to job producers (capitalist); cutting the labor force; reforming the Labor Law in favor of the capitalists and curtailing activities of labor syndicates and unions; elimination of wage increases and economic austerity measures…. have resulted in further deterioration of workers’ lives and destruction of our country’s industrial and agricultural foundations.

By pointing to a small slice of the difficulties and injustices which exists in our country, which are the result of extremely reactionary policies in support of the present big-capitalists ruling class and inhumane and interfering imperialist sanctions imposed on our people; as workers, we recognize our own role and that of the independent labor syndicates and unions as a force in defense of the workers’ rights.

Preventing children from work and supporting the rights of the children-of-work, is one of the responsibilities of the independent labor syndicates and unions; we will struggle for our children’s success and happiness.